A new article from me about how China's heavy-handed tactics win them few friends and influence people - the wrong way.

I frequently travelled back and forth to the PRC on business from 2000 to 2012. It was a time of great transition for China. Those were the formative years when it emerged as a world economic powerhouse, but now it is finding its uniquely Chinese version of Manifest Destiny doesn't breed trust or love in the West.

As the 21st Century began, the investing West discovered China. It was often referred to as the ‘Marco Polo Syndrome’ as North American investors and mineral explorers rode into China to seek their fortunes and show the Chinese ‘ how it’s done.’

For a brief while China also felt it needed the West’s cash and expertise to catapult it to prosperity. It welcomed and even was deferential to the army of foreign investors and joint ventures in mining, technology, telecom, manufacturing, and a host of infrastructure projects.

There were bumps along the way. Like the dot com boom and bust, projects that should never have been funded had money thrown at them in the rush to grab a piece of the China gold rush. With no experience of western business relationships, there were misunderstandings and some outright cash grabs by Chinese partners, with little recourse to western safeguards like courts or regulators. It was easy to blame the Chinese for early business failures, but many of the failures were made in North America because corners were cut by the people in New York, Toronto and London who feared missing the boat in the rush to establish a foothold in the massive Chinese market.

There were a number of great successes too, from mining to Volkswagen to Apple, as well as hundreds of other projects big and small. UBS recently estimated that Walmart imports 26% of its merchandise from China, while Target imports 34% of its products from China (https://www.cnn.com/2019/05/23/business/china-tariffs-trump-trade-walmart-retail/index.html ). As China became more prosperous internally, it became even more of an attractive a market.

But then a seismic shift – both financial and psychological – occurred in 2008 that changed the West’s relationship with China. The market meltdown started by the collapse of mortgage-backed securities crippled the hedge funds and other financial institutions of London and New York. For the first time, China saw the West’s weakness and its own strength. It had found its swagger. The ancient Chinese belief in ‘tianxia’ - that China was the rightful center of the civilized world – was back.

In the late 20th century the Chinese Communist Party realized limited capitalism was the key to prosperity, and opened up to foreign and domestic trade and investment. Almost overnight they became “capitalists in a hurry” going through rapid expansion most like the rough-and-tumble late 19th century robber baron capitalism of the US.

China, like Russia, takes advantage of chaos and distraction in other countries. China took advantage of the 2008 economic crisis to expand its influence into Africa and elsewhere to secure needed raw materials. It is currently taking advantage of Covid-19 and the domestic turmoil in the United States and England to forcefully push back on the promised “two systems, one country” policy of Hong Kong semi-independence, the border with India and hegemony in the South China Seas. In Canada, the detention of Hauwei’s CFO Meng Wanzhou for extradition at the US’s request resulted in the retaliatory arrest and arbitrary detention of two Canadian citizens.

This is a good example of how China’s regaining its swagger has recently backfired internationally. In a global economy, bullyboy tactics in trade rarely produce good or lasting results. China’s general belligerence on the international stage has, among other things, disqualified Hauwei’s otherwise good 5G technology in the West, with countries opting instead for alternatives from Sweden’s Ericsson or Finland’s Nokia. Not being able to break through the suspicion, Hauwei only derives about 6% of its revenues from the West.

Outward bound Chinese investment is received with the same wariness, with concerns about security. And while Western projects and investments inside China have been generally more secure than the investing public gives it credit, it can’t help feel the chill caused by China’s bull in a china shop reputation in the West.

Can China break this cycle of jockeying for the upper hand with more stick than carrot? It’s unconditional demand for respect and obedience – a product of not just years communism, but deep-seated in its ancient self-image as the literal center of the world – makes it unwilling or unable to do what is necessary to be welcomed into western markets.

Until then, China’s swagger makes it its own worst enemy.

This article originally appeared on investorintel.com. 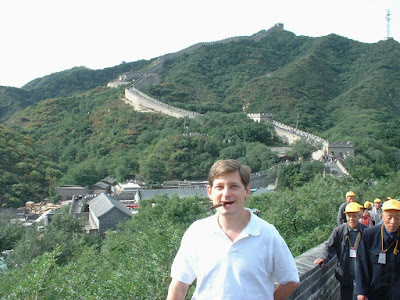 Posted by Stephen Lautens at 6:15 PM