Just started to create podcasts from my weekly column for those of you who like to keep their hands free. What you do with your hands is your business. 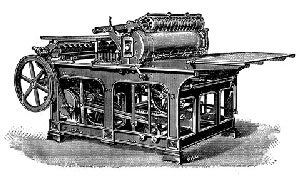 Posted by Stephen Lautens at 1:09 PM

By semi-popular demand, here is my collection of Conservative Bumper Stickers I created for the Twitter tag #HarperBumperStickers. Maybe I'll bring them out as real bumper stickers just before the next election. Enjoy.

Posted by Stephen Lautens at 11:07 AM

The illustration Enbridge presented for the proposed Northern Gateway pipeline and tanker route seems to have left out about 1,000 square kilometres of islands in the Douglas Channel including the narrow channels, islands and rocky outcrops that would make a potential tanker access route a little trickier than open water.

Here's the map as presented and with the missing islands added back in.

"That video is meant to be for illustrative purposes only. It's not meant to be to scale. It's meant to illustrate the pipeline route, not the marine aspects of the operation," said Enbridge spokesman Todd Nogier. 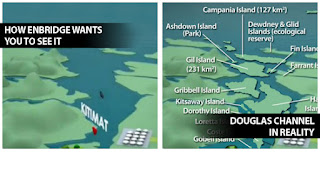 So it's an illustration not meant to be "illustrative". Gotcha.
To help "illustrate" how easy it is to get oil from Alberta to the Pacific Coast, I offer Enbridge the below map with other pesky geographic details fixed (like removing B.C. entirely) "for illustrative purposes only." 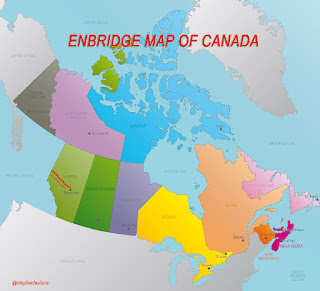 You can read the Vancouver Sun article about it here: http://www.vancouversun.com/Enbridge+sinks+islands+angers+critics/7099740/story.html#ixzz23puRmnHZ
Posted by Stephen Lautens at 4:17 PM


This column originally appeared in the Calgary Sun on March 8, 2012 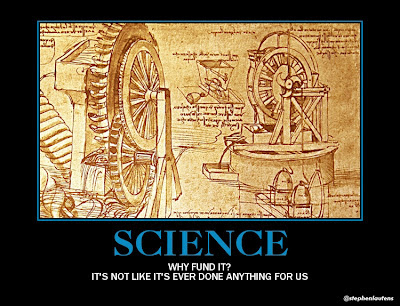 I’m wrong.
There – I said it. I admit it freely.
What am I wrong about? It doesn’t really matter. Take your pick. On any given day I’m wrong about a lot of things, and those are just the ones I know about.
What I’m trying to get at is, why is it so difficult to say that you’re wrong?
Maybe it starts in school where we heap praise on people with right answers and kids with wrong answers are made to feel dumb.
Of course right answers are important, but a wise man once said you can often learn more from a wrong one. And there are a lot of different kinds of right.
We all know someone who has to be right about everything. Sometimes they’re at work, or on the parent-teacher committee with you, the kid’s sports team, or even in your own family. Even when confronted with absolute proof, they will never admit for a second they were wrong.
Marriages have ended because some people would rather be right than together.
While I like to be right as much as the next guy or gal, I gave up any hope of infallibility a long time ago. It doesn’t mean I don’t have opinions. I’ve got those by the truck full and I’m always willing to share. But I keep in mind the family motto my father picked out for us: “Always certain – but sometimes wrong.”
Ever since I gave up trying to be right all the time, I can focus on the real issue – not being wrong most of the time. Oddly, the secret to being right is not being afraid to be wrong.
Wondering if you are wrong opens the door to all kinds of possibilities. Self-doubt is the thing that progress is made out of. If we were always right, we’d never have to look into better ways of doing things. We’d walk past the truth because we wouldn’t have any reason to be on the lookout for it.
Sometimes you end up believing some pretty crazy things, like my friend who keeps emailing me “facts” like “the Mayo Clinic treats cancer with ordinary ketchup”, which I always send back with a link debunking them. Or my American friends who keep sending around easily dispelled stories about their President’s birth certificate or alleged Muslim faith.
Having an open mind doesn’t necessarily mean you have to have a hole in your head. You just need room to let in new ideas or test your own against the evidence. And unless you can admit to the possibility that you might be wrong, that’s not going to happen.
Imagine if our politicians weren’t afraid to admit when they were wrong, or that they hadn’t considered an important piece of information or another point of view. Would we think less of them for saying they were mistaken and changing their mind? I hope not.
There will always be people who want black and white answers in a shades of grey world, or are only interested in things that confirm they were right all along. In every sense of the word, they’ll never learn.
When you do admit that you’re wrong or that you don’t know the answer, people want to help you. They know it’s tough to admit it and most are prepared to forgive and move on. Being able to change your mind is a sign of strength and maturity.
Trust me – I’m 100% right about this.
Probably.
(c) Stephen Lautens
Posted by Stephen Lautens at 11:53 AM