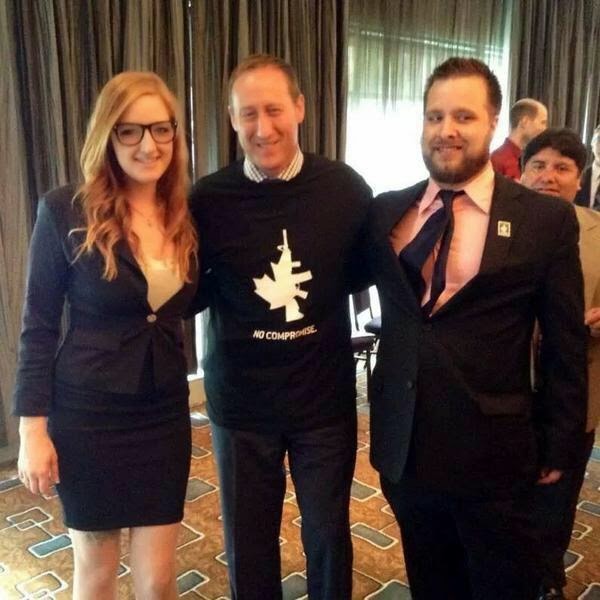 So Peter MacKay decided to slip into something more comfortable at a recent Conservative Fundraiser. What he put on and posed for pictures in is a tee shirt for the good & heavily armed people at the National Firearms Association (NFA) — a seriously pro-gun lobby group — during a Conservative Party fundraiser in Edmonton last week.  The black T-shirt with a logo of a maple leaf and an assault rife (pointing prophetically at his head) and the words “No Compromise” under it.

Furiously backpedalling MacKay said: “A Canadian veteran wounded in Afghanistan approached me at an event in Edmonton, handed me one of his T-shirts and asked if I would pose for a photo." That appears to be a bit of a nose-stretcher, even for the Minister of Justice, as it was the lady on the left who gave him the shirt to wear according to her (now protected) posts. She (Ericka Clarke of the NFA) told CBC News in a Facebook message that she had brought the T-shirt to the event and also posted this: 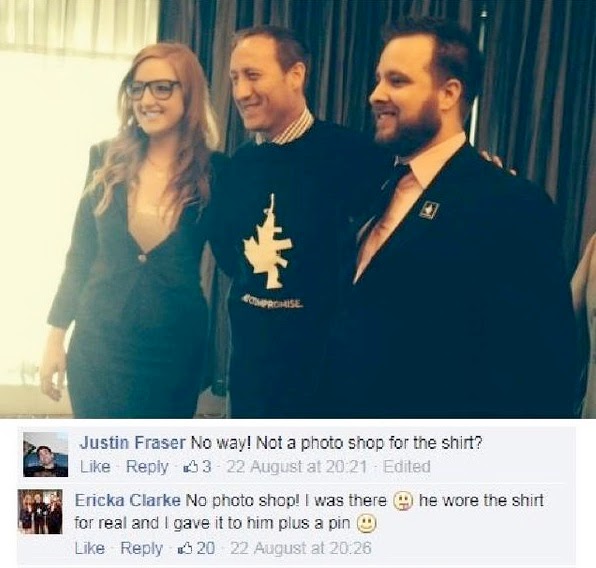 Surely telling the truth is a job description for the Minister of Justice.

All of which is simply by way of prologue to my starting #MacKayTees and my own Photoshop fun to see what other kinds of inappropriate tee shirts MacKay might wear... 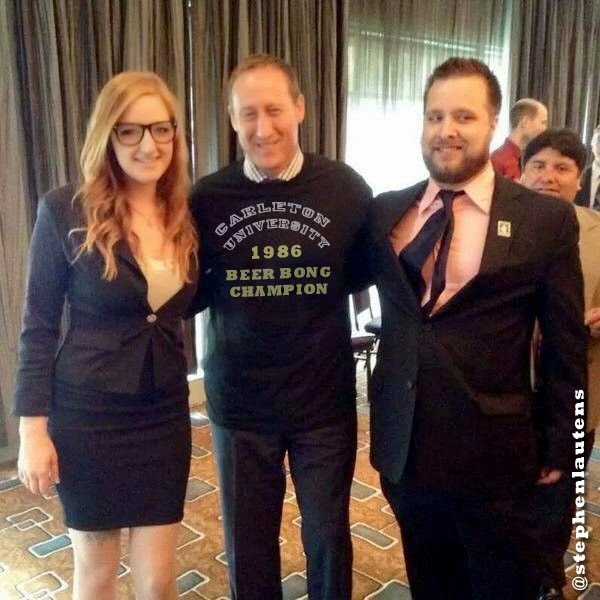 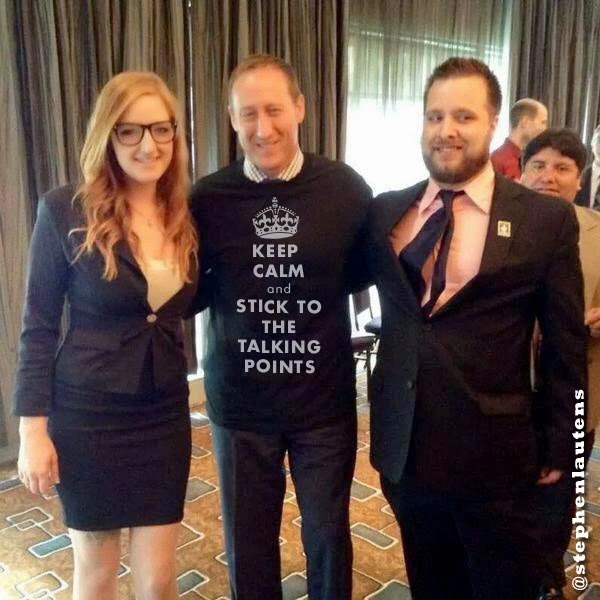 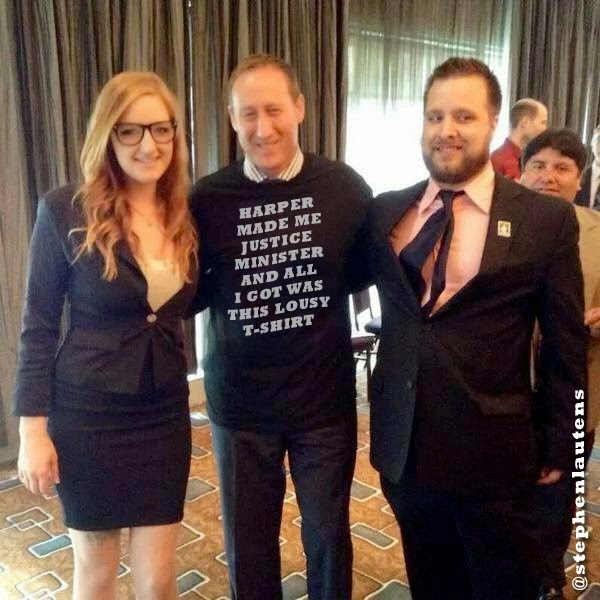 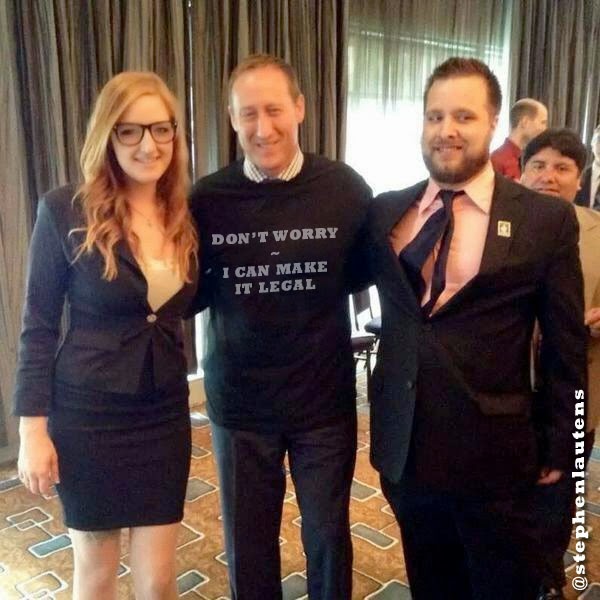 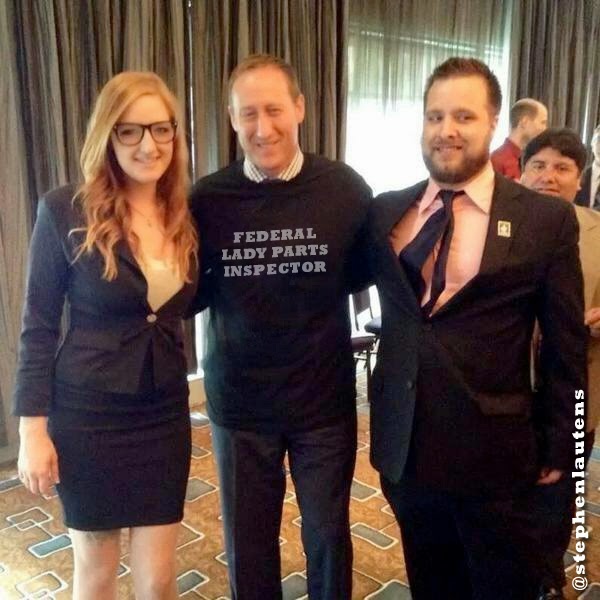 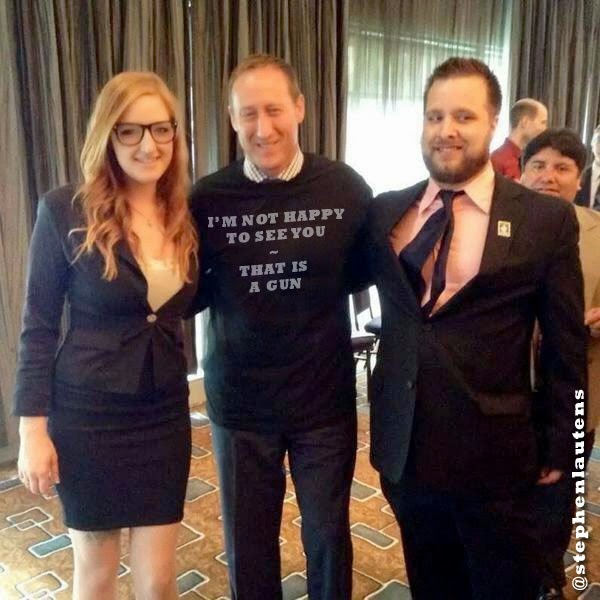 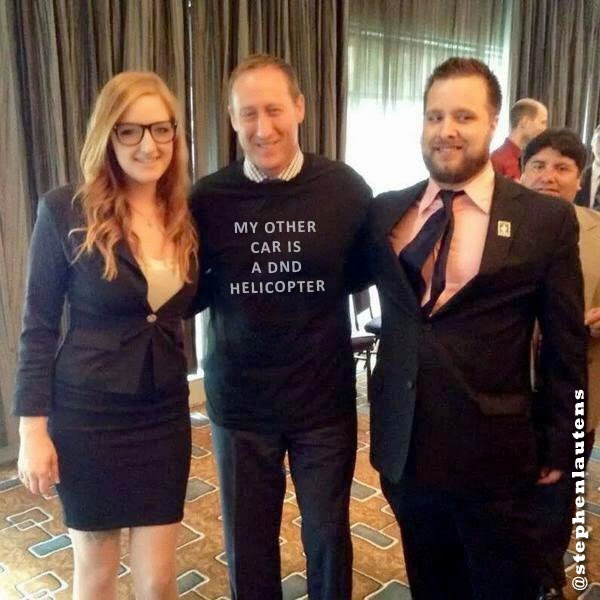 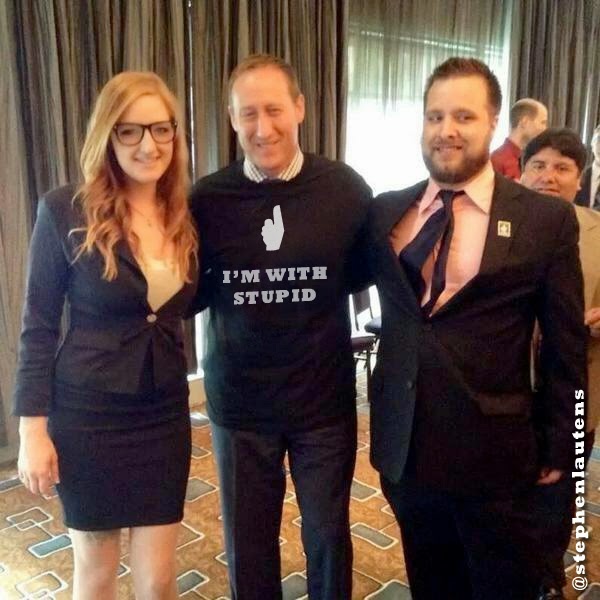 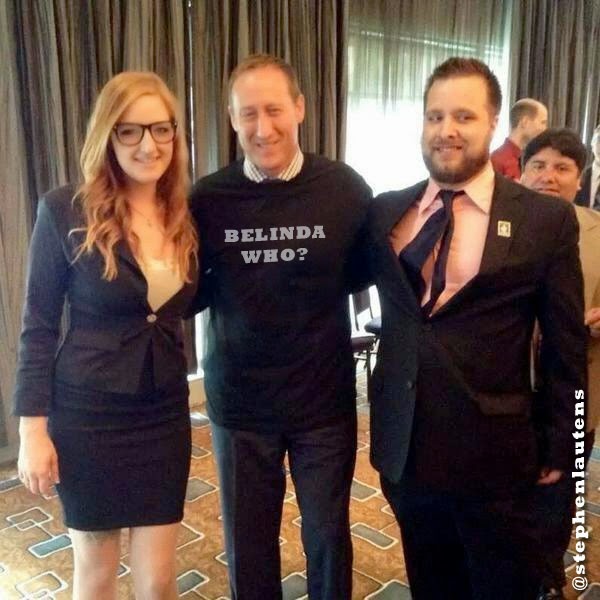 The #MacKayTees was trending on Twitter today, and even attracted the notice of the Toronto Star.

One last note - the above are my originals. I saw a lot more on Twitter done by other people with different tee-shirt slogans, but they left on my name in the corner. I didn't do them. Accept no substitutes!

PS - You can read a slightly more serious article on it by pal @fernhilldammit here: http://scathinglywrongrightwingnutz.blogspot.ca/2014/08/no-compromise-mackay.html

A little update - our friends at Sun TV News were shocked - shocked, I say - by the reaction. Pleased to see they used three of my #MacKayTees as illustrations. 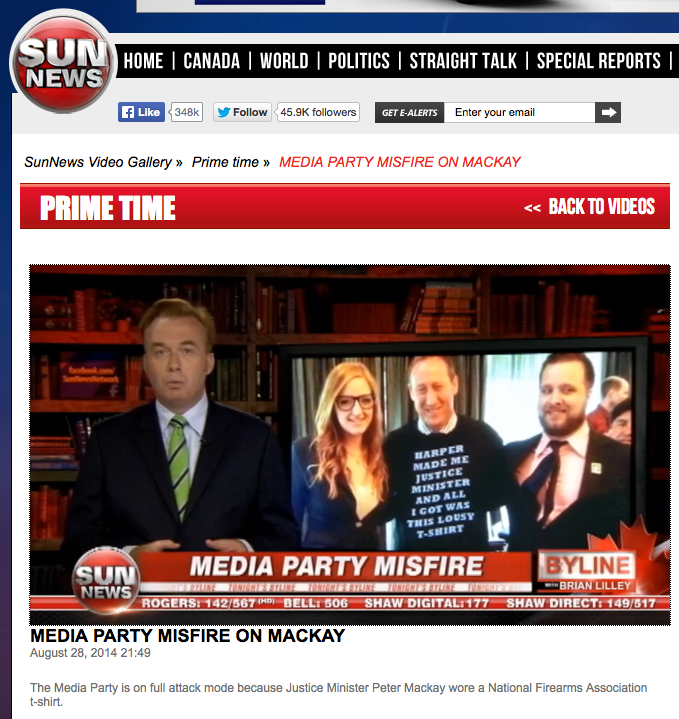 Posted by Stephen Lautens at 4:13 PM

Harper, a ship, lots of ice... What could go wrong? 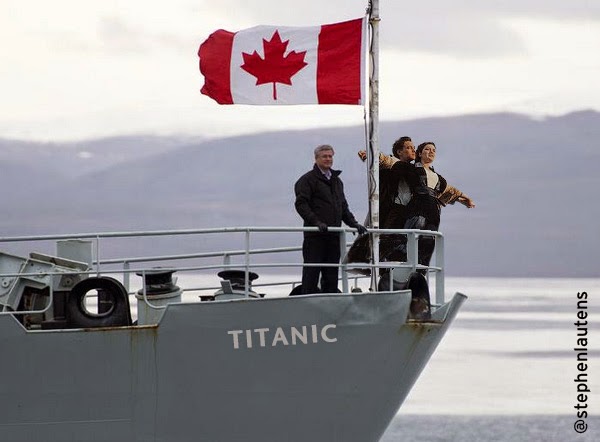 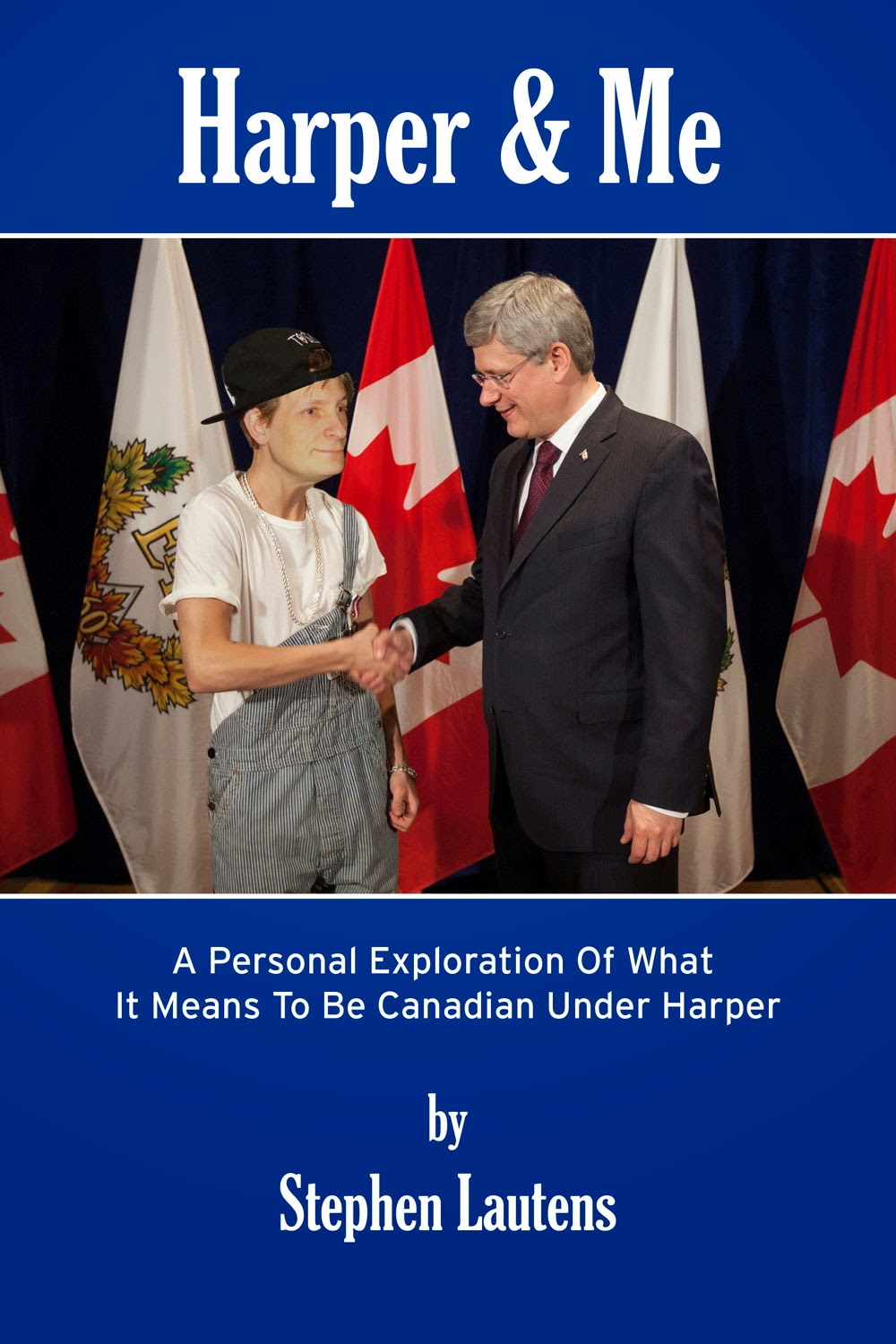 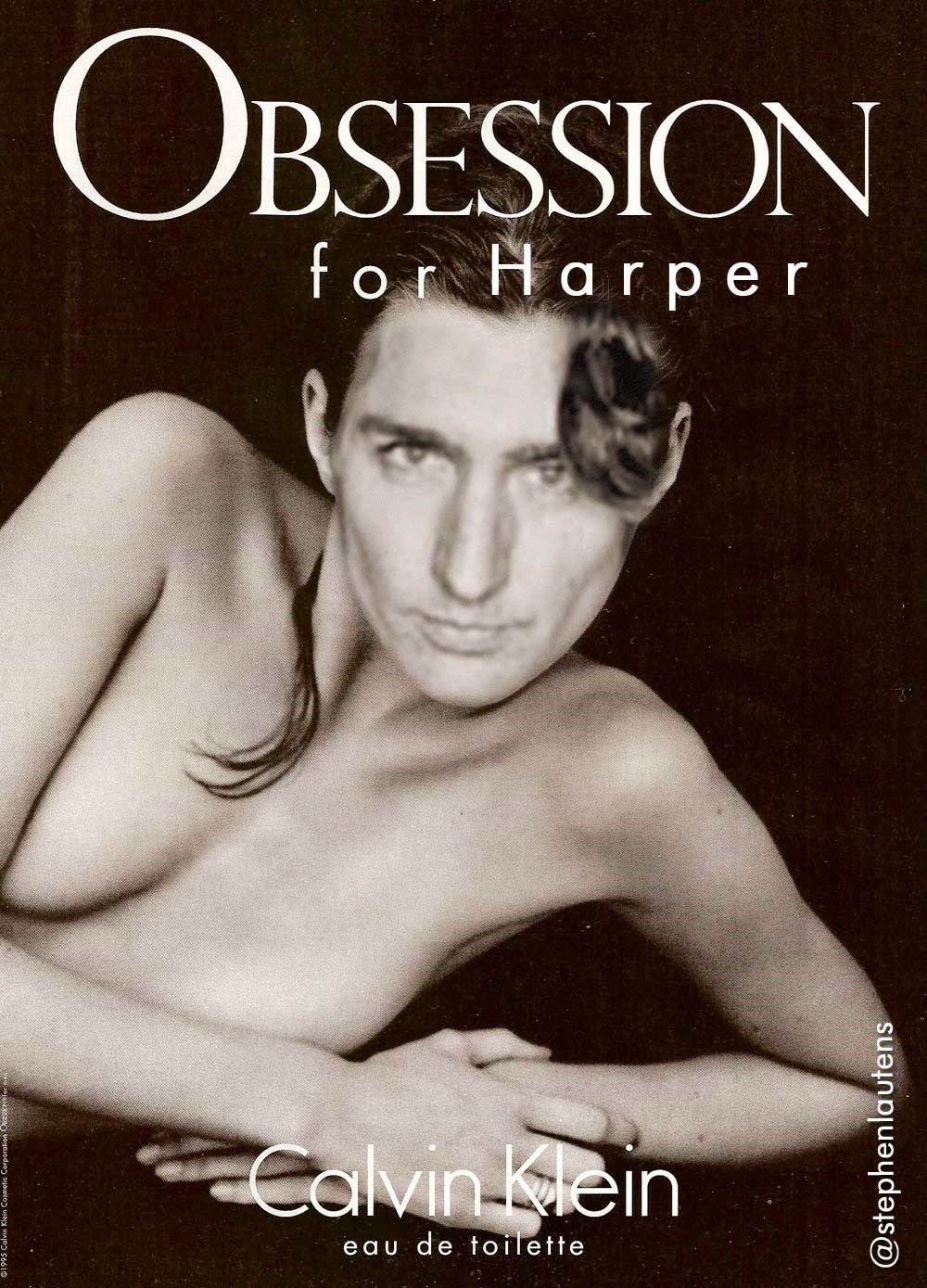 Posted by Stephen Lautens at 12:25 PM

A little fun with toddlers 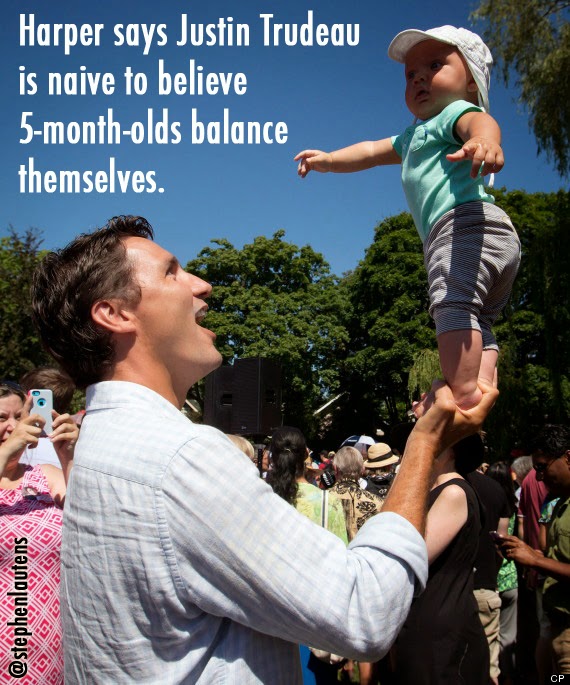 Posted by Stephen Lautens at 10:30 PM 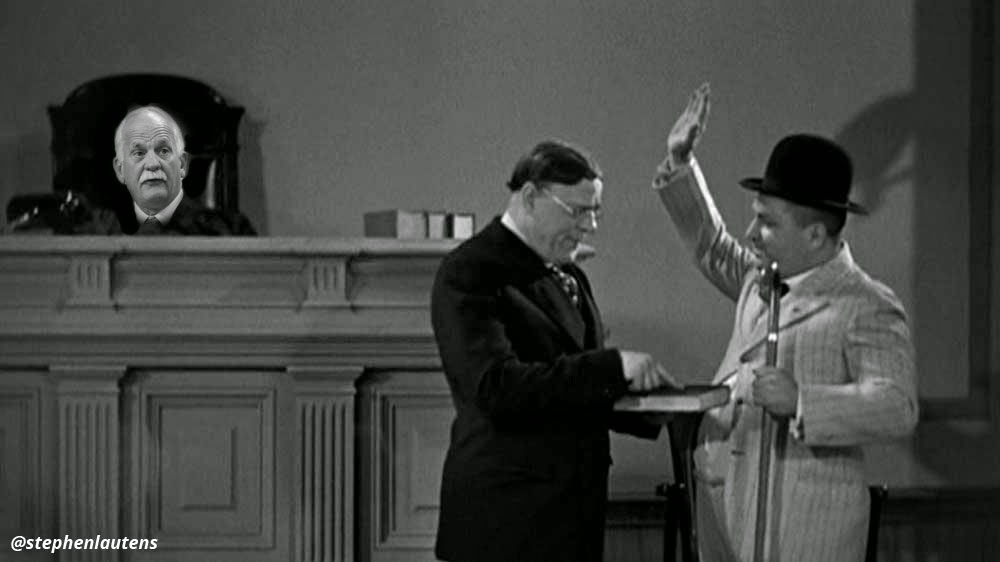