Harper's Conservatives are spending more than $28 million on the War of 1812 celebrations. With that in mind, you think they could get the basic facts right - like who it was we were fighting.

Peter MacKay spoke as Canada's representative at the French embassy’s celebration of Bastille Day (July 14th). The French were politiely surprised by his speech, since MacKay praised France’s government and the contribution the French made to the War of 1812.

The Minister said: “Suffice it to say in the 200th commemoration of the War of 1812, had the French not been here fighting side by side, we might be standing here next to each other in a new light.”

Of course the French were not "fighting side by side" with us - we were fighting them, or at least England was. Anyone remember Napoleon? He's who England was fighting when it spilled over here and the US attacked Canada when they thought England had their hands full with the French.

Ever to jump on ridiculous gaffes, Twitter was quick to respond with a new hashtag: #MacKayHistory - telling it like it ought to be, but wasn't. I thought I'd preserve a few of my contributions for posterity ~ 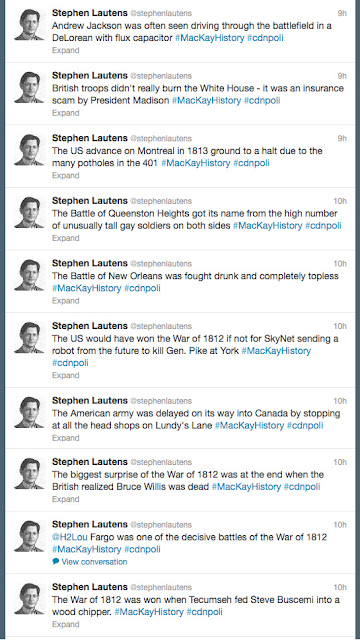 The lesson? Books - it's important to read them... Especially if you are a government that claims to have all the answers.
Posted by Stephen Lautens at 9:37 AM

The Summer of De-Motivation

Here are a couple of new Conservative De-Motivational Posters fresh off the assembly line. 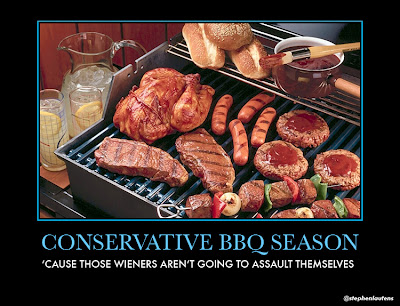 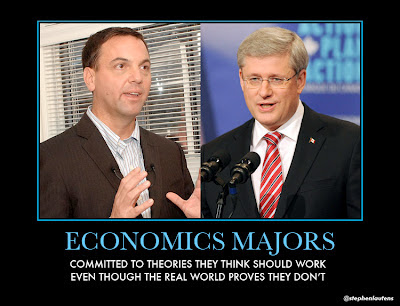 Not content to do badly at a single medium, I decided to branch out and try a little video cabaret. The result - my faux Conservative attack ad showing why you shouldn't trust Mulcair.

Who knows? With my near-mastery of another technology you may soon see me video blogging like some 14 year old xBox gamer.


By the way - the video seems to act like some political Rorschach test. I've actually had messages from Conservatives saying they liked it. Irony much?

I've also collected some of my Conservative De-Motivational posters and set them to ominous music on YouTube. No more tedious flipping through individual poster images by hand. What is this, the Dark Ages?

Death of Evidence - The Poster!

Here's a new Conservative De-motivational poster I made just for the good people at http://www.deathofevidence.ca. You know, it's important to support smart people... 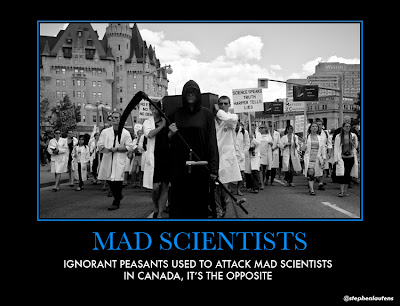 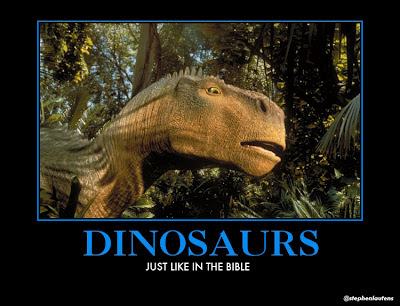 Posted by Stephen Lautens at 11:16 PM

My graphics creations are some the most asked-for things I do (ironically, since I'm a writer). Never one to question the public's taste, here are a couple people seem to like.

First, here's a button I made that is popping up everywhere. Feel free to slap it on something, like your MP.

I've also been feeling sorry for Dean Del Mastro lately (not really). Nothing sadder than seeing a bully get a swift kick in the pants. Here's a little thing I came up with to help him stave off the worst of the attacks. Everyone likes pandas, right? 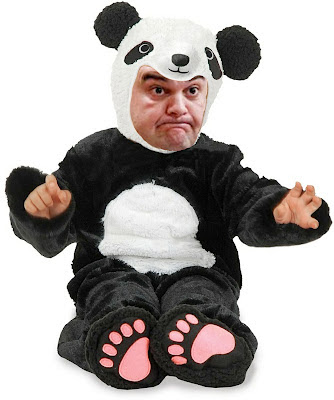 Posted by Stephen Lautens at 11:51 PM