Bev Oda: Only The Lonely

You can always count on Bev Oda being newsworthy. There's hardly an Access to Information request about her expenses that comes up empty. This week she was caught Stompin' at the Savoy (the London, UK one).

What caught my eye was the accompanying photo.

Once her career in politics is over (and it might be soon), she may have a future in a Traveling Wilburys tribute band as Roy Orbison. 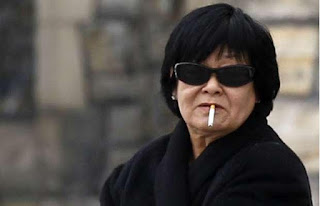 Posted by Stephen Lautens at 11:08 AM

A Hill of Beans

The CBC posted a story on their website March 23, 2011, about the graceful way the federal government was telling civil servants they were being "downsized". ("Stick figures used to explain cuts to federal employees:'Insulting' diagram found in information packages used across several departments")

Included in the package was a cheesy PowerPoint slide from 2003 about the stages of grief (and opportunity) employees go through when getting fired. Needless to say, they found the Harper Government (TM) a little insensitive. 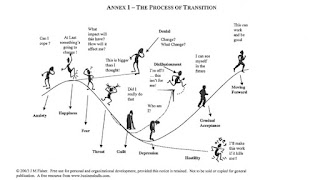 It was done with what is called Microsoft "bean" figures, which looked terrible even in the dawn of PowerPoint a decade ago.

I thought I could do better. Here's my updated version: 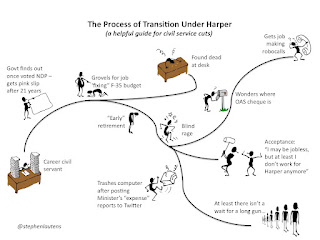 Feel free to pass it out to any civil servant given the boot by our caring government.

Posted by Stephen Lautens at 11:03 AM 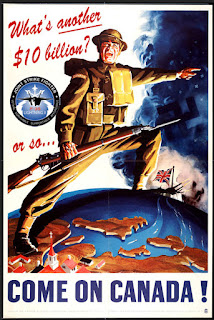 Fun with Photoshop...
Posted by Stephen Lautens at 9:51 AM

A Canadian At Vimy

Whenever there is talk about the battle of Vimy Ridge, I always think about my great uncle Harry. Although he died seven years before I was born, I feel like I know him a little bit through a packet of letters that has been preserved for the family records. Harry is the closest thing my family has to a war hero, although he would have hated being called that, judging from his letters home from the front in World War One. 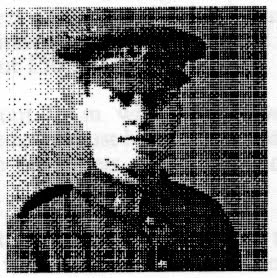 He volunteered in October 1914 in Saskatoon to fight the “great war for civilization”. He joined the 32nd Battalion as a bugler, but found once he got overseas there was precious little need for buglers, and was put in the 8th Battalion - known as the Little Black Devils - when he finally arrived in France in 1915.

If he had any of the modern, hand-wringing, touchy-feely angst about being in the middle of a bloody war, it doesn’t show in his letters. When he first got to fire his rifle at the enemy he learned to dislike the famously bad Ross rifle, and matter of factly wrote: “The Ross is not dependable as the bolt often jams, so the first fellow I saw knocked out, I took his Enfield and it is a dandy.” No extra thought was spared for the rifle’s previous owner.

He writes home casually about exchanging shots with a German sniper as if it was a game of tag, and each waving back and forth over the trenches to let the other know that they had missed. Another letter begins: “Oh, you may be surprised to hear from me now as, according to what I hear, I am supposed to be dead.” His parents had received a telegram from Ottawa informing them of his being killed in action, and simply notes “it’s a shame the War Office does not make sure before they inform relatives.”

There’s no hatred in his letters about the enemy, even when his friends are killed or disappear in No Man’s land never to be seen again. He does have a few choice words about the way he and his fellow Canadians are treated by the French farmers, and seems to prefer the Germans, even when they are doing their best to kill him. He’s just doing his duty as best he can without any modern “why me?” attitude, even when wounded. In one letter he says: “Whether Fritz gets me or not, I have never regretted that I joined,” although he’s no fool and hopes “it will be over soon.”

He was still to see action at Hill 60, the Somme, Paschendale and Ypres, and mentions that he came through one of the major battles with his usual good luck, but says with typical Canadian understatement: “Gee, it was warm though.” Not so lucky were the dozen or so friends from back home who he reports as dead or missing.

And he was at Vimy Ridge as well. He wrote home on April 23, 1917 from London, and it’s not the kind of message you’ll hear in the history books about that terrible battle when Canada came of age. Harry wrote: “Vimy Ridge was the best fight I have been in. Our casualties were light and I really did enjoy it. We made three attacks in the week. It was great to go over the top at them, and there seems to be no thought of danger.”

He must have been the only person in the thick of the Battle of Vimy Ridge who "enjoyed" it.

Harry came out the other end of the First World War as a major, he says simply because too often he was the last man left in his unit. Next week my thoughts will be of lucky great uncle Harry of the Little Black Devils, and all those who weren’t so lucky 90 years ago.
-----------------Published in the Calgary Sun 2007


Posted by Stephen Lautens at 5:22 PM