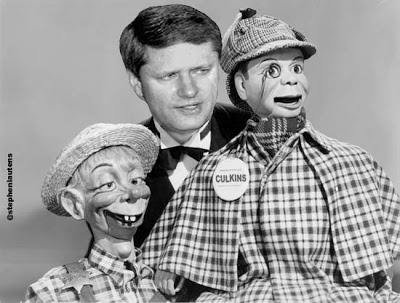 "Conservative MPs have pushed through an unprecedented motion at the Commons Natural Resources Committee calling Liberal leadership front-runner Justin Trudeau for a grilling over political comments he made two years ago alleging a negative Alberta influence over federal, social, and democratic policies through Prime Minister Stephen Harper and his government.

The Conservative motion also called Liberal MP David McGuinty (Ottawa South, Ont.) to appear, at a date that has not yet been scheduled, and explain critical comments he made to journalists about the political positions of Alberta MPs and their approach to national government."

My question is, what committee will Stephen Harper appear before to explain this regional howler?

"You have to remember that west of Winnipeg the ridings the Liberals hold are dominated by people who are either recent Asian immigrants or recent migrants from eastern Canada; people who live in ghettos and are not integrated into Western Canadian society."

Or for that matter, any of the many in this 474-page binder of Harper clunkers prepared by the Conservative Party to be ready to defend some of his more offensive public statements.


Natural Resources (!?!) may be the appropriate committee for this outrageous bit of vintage Conservative McCarthyism, since the committee members' heads are clearly made out of wood.

As Twitterer @myinwit wrote, The Conservatives have effectively created the "House Committee on Un-Albertan Activities".

I'm sure it will be a big hit with the Quebec voters in the next general election.

Lest We Forget Harry...

My Remembrance Day column from November 11, 1997
I always think of my great uncle, Harry Elwood George, on Remembrance Day.
A few years ago a distant cousin sent me a copy of the letters he sent home from the trenches in World War I. To me, they say more than all the parades and speeches in the world. 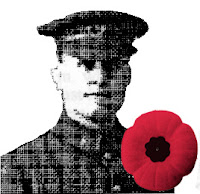 Even though Harry George's parents had come to Canada from Germany, Harry joined the Canadian 32nd Battalion in October 1914.

He was a bugler, but as he soon wrote home, "I'm no longer a bugler as they have no use for them at the front." Harry threw away his Ross rifle and picked up a more reliable Enfield from "the first fellow I saw knocked out."

His letters home speak matter-of-factly about the horrors of war. On August 23, 1915 he wrote from France that "We have had the roughest time yet. Of the 38 in our platoon that went into the trenches, only 18 are left after about one and a half hours."

In 1915 his parents were informed that Uncle Harry had died of wounds. To their surprise, they later received a letter from him that said: "Oh, you may be surprised to hear from me now as, according to what I hear, I'm supposed to be dead."

Two years later he was at Vimy Ridge. With typical Canadian enthusiasm he wrote: "Vimy Ridge was the best fight I have been in. We made three attacks in the week. It was great to go over the top at them." He emerged from that great bloodbath unscathed.

He spent his 26th birthday in France, having been promoted to lieutenant. A month later, he again went over the top, but this time as an officer. He wrote home: "After all, to be killed in action is not the worst thing that can happen to a man." Harry had already seen things much worse.

But two months later in a little place called Passchendale he "connected" with a piece of shrapnel. He didn't think anything of it because it only took off a little skin. It was only when he was bandaging a comrade that he realized he had been shot through the arm as well.
It was on that sick leave that he met and got engaged to my great aunt Gertie.

Harry never regained the use of his right hand, but others weren't so lucky. A friend, Harry Wildman "had his right thigh and base of his spine smashed." Percy Chiswell lost and eye and most of an ear. Of another friend, Dolph Campbell, Harry wrote that he "will not be back, but nobody knows what really happened to him."

And then there was the dead.

Three of his friends from the bugle band were killed in the first week in the trenches. Of the friends who were with him at the Somme, only two came back. Harry's cousin Lamont Paterson, the best man at his wedding, was killed in his first time over the top on September 1, 1918.

But Uncle Harry survived the war, and was sent home a captain. He was eventually made a colonel. He brought my great aunt Gertie to Canada and had four children.

Although he died in 1952, I feel like I know Harry through these remarkable letters passed down by the family.

And I realize how lucky I am that there were people like Harry Elwood George who were willing to fight and die for this country, and for people like you and me.
Posted by Stephen Lautens at 7:18 PM