The Sun News Network & Me 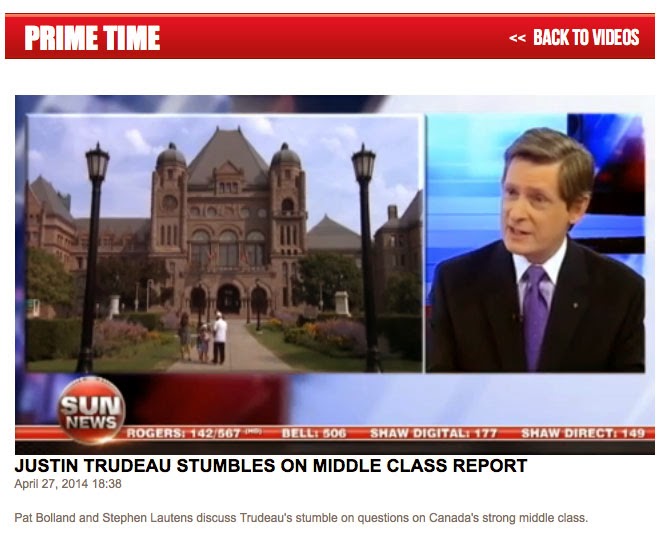 The persistent rumours were true. The Sun News Network went off the air this morning with little fanfare. As of late last night, many of their 150 or so employees had not been told of the decision to close it down.

It was losing about $7 million a year and never found an audience. It was pitched to a couple of demographics. Clearly there was the right-wing conservative viewership - the kind who are staunchly libertarian, favour small to non-existent government, anti-tax, pro-gun, anti-abortion, anti-immigrant, pro-military muscle, anti-Trudeau (pere et fils), anti-UN, and pro-US (Bush's US, not Obama's). You can tell a lot about a media outlet's audience by their commercials. Sun News was clearly watched (according to what their ad department must have told their clients) by the easily frightened and elderly. Commercials were for walk-in tubs, travel insurance, home monitoring devices and the such. There were also lots of the standard Government of Canada and "we love the environment and drive the economy" oil company ads.

Still not enough of an audience to keep that boat afloat.

They applied for and were denied "mandatory carriage" by the CRTC, meaning they would have to be included on basic channel offerings with a potentially larger viewership. But it didn't happen. Some will say that was the death blow, but I don't believe it. I think their problem was truly their limited appeal because of the ideological ground they had staked out.

I was never a paid on-air guest at Sun News Network. I was contacted because of my political Twitter commentary (@stephenlautens) that was singularly critical of the Harper government. As a producer told me when I came into the studio: "We have trouble getting liberals to come on."

Well no kidding. When you stepped inside you knew you were instantly in the lion's den. As a "liberal" (by the way, I have not been a card-carrying "big-L" Liberal for at least 15 years) I was expected to defend every gaffe, mis-statement and emerging scandal by any Liberal anywhere. I would usually get a call or email at 8:30 am to see if I could appear at 11:00 or noon to comment on the latest Liberal outrage. On arrival I was sometimes treated to a complete change of subject from the one I had been told we'd be talking about (and that I had researched), or by a sound bite or interview clip I had never seen before as it had happened as I was driving to the studio. There were times I felt the "gotcha" factor that was a little unfair. I don't mind sounding stupid, but not when I've been ambushed. 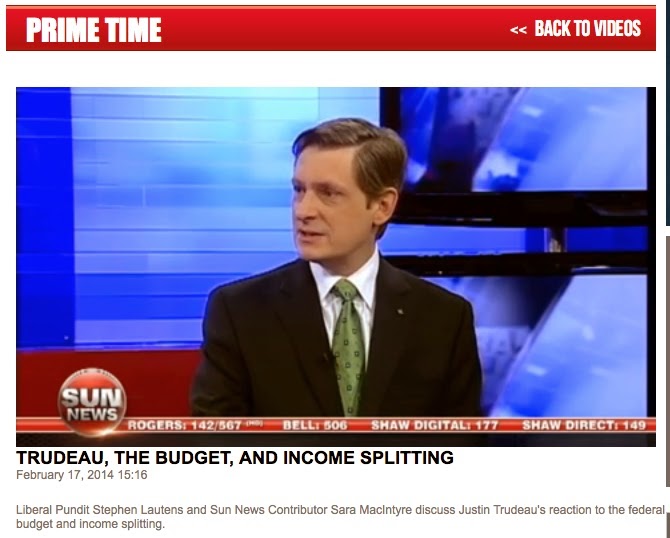 Still, I've never shied away from lively debate. I tried to keep at least one zinger in my back pocket to use while shielding myself from the blows of my fellow panelists who arrived better briefed. I learned to keep my head up (something one of my more odious Twitter trolls said clearly indicated I was ashamed of the Liberals and being their mouthpiece, instead of the reality of glancing down at my notes to make sure my facts and figures were accurate), smile and not be too polite about breaking in and calling out commentators on what was clearly inaccurate.

Some people have said that the Sun News people didn't really believe everything they said - that it was largely political theatre. Sitting in the makeup chair getting presentable for the cameras I listened to their off air chat. I can't speak for all, but I can tell you that the ones I heard believed it - with a passion. They truly hated Justin Trudeau. My last appearance was this past Monday about the Supreme Court ruling on assisted suicide. I argued this wasn't the end of the world but rather a humanitarian and thoughtful response by the SCC to a difficult problem. It has limited application the way the judgment was written and the court invited parliament to write a better law to deal with it. The chat after the show between some of the other Sun presenters was that this meant people would be declared insane by doctors and put to death by family members who wanted to get their hands on their gold teeth. In other words, compassion for the terminally ill inevitably would lead to the gates of Auschwitz. No middle ground.

There were times when I declined to appear on Sun News. I always liked to go on Pat Bolland's mid-day show. Pat is a class act and was always kind to me. If he is an ideologue, he kept it at home. I have much respect for him and his former talent-wranger Susannah. When I had requests to appear from some of the other hosts I declined. Being an ideological circus monkey was not at the top of my list. That being said, I had a couple of chats with Brian Lilley (he had no idea who I was) and Michael Coren once let me in the always locked front door. 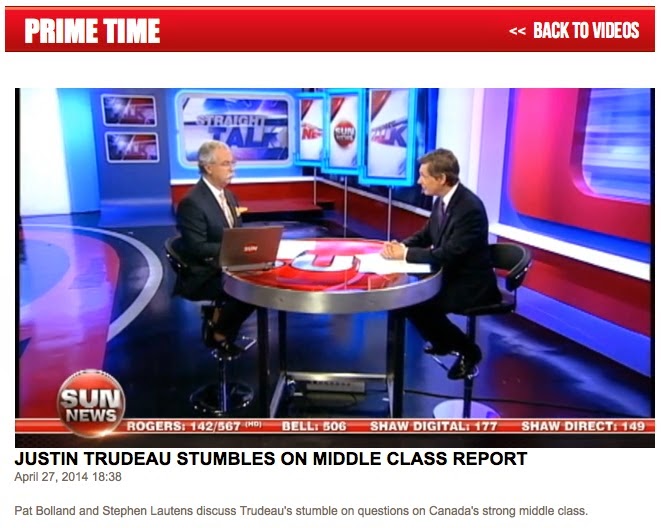 Because I defy description - lawyer, writer, part-time columnist, bon vivant gentleman of leisure - my on air title was chosen by them for me: "Liberal Pundit". That clearly marked me as the enemy for their viewers in case there as any doubt. I tried to explain on air that I spoke for no one but myself. I wasn't a Liberal Party member and had no insight into the inner workings of Justin or Wynne's politics. Still, I was criticized from both ends - Conservatives ignored that and took me as a Liberal spokesperson and those actually in the Liberal Party or on the left generally didn't like that I somehow gave Sun News legitimacy and an extra two viewers by appearing on air.

But at the end of the day, not enough Canadians were buying what Sun News was selling. I suppose that bodes well for Canadian political culture as a whole. There will always be a fringe group at either extreme, but its potential for expansion has proven to be small. Its demise also deprives Harper of a platform for some of his most divisive policies going into an election, and a place to safely float some of his more ultra-right wing memes to see if they will fly.

In a funny way I'll miss the thrill of the debate and going into the lion's den knowing I'm the underdog. I always felt like it was missionary work, trying to present a reasonable counterpoint to some of the right wing paranoia and spin.

My only regret? That I didn't steal one of their coffee mugs the last time I was there. 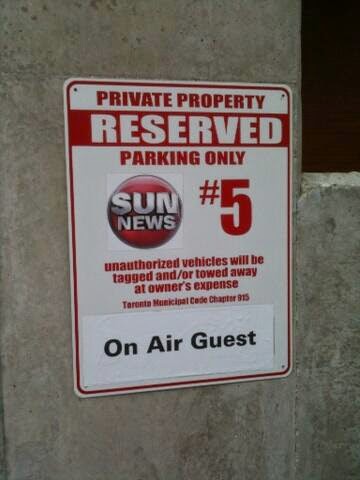 Posted by Stephen Lautens at 11:53 AM