When Justin Trudeau said he had (barely) smoked marijuana since becoming MP there was much clucking of tongues from the Conservatives.

"Bad role model," intoned Minister of Justice Peter MacKay - until a photo surfaced of him drinking beer from a funnel at a college party. "He broke the law," MacKay went on. Except smoking marijuana isn't against the law in Canada - only possession and trafficking - something a lawyer and Minister of Justice ought to know.

My response? I'd rather have a Prime Minister who smokes pot than one who surrounds himself with dopes. 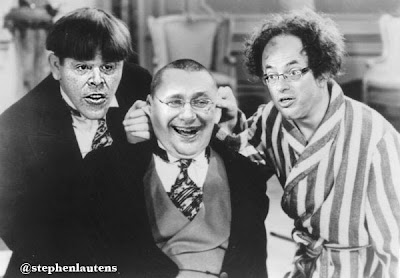 PS - For the record, I have no dog in this fight. I don't smoke pot and try not to surround myself with dopes.
Posted by Stephen Lautens at 8:40 AM