Every once in a while I have people ask me whether something political I post is real or made up. I know - it's getting harder to tell with the over the top rhetoric and out and out lies.

Here's a real screen capture of Harper's much-unloved video channel with 230 views. In sharing the stage with German Chancellor Merkel he actually said:


"As you are aware, Madame Chancellor, one of the jihadist monster's tentacles reached as far as our own Parliament."

Yep - he actually said that. In front of the German Chancellor. Someone has clearly been watching too much Captain America.

So yes - the screen cap of this excess of tentacle-y goodness is real (except for maybe the actual tentacle in the corner). 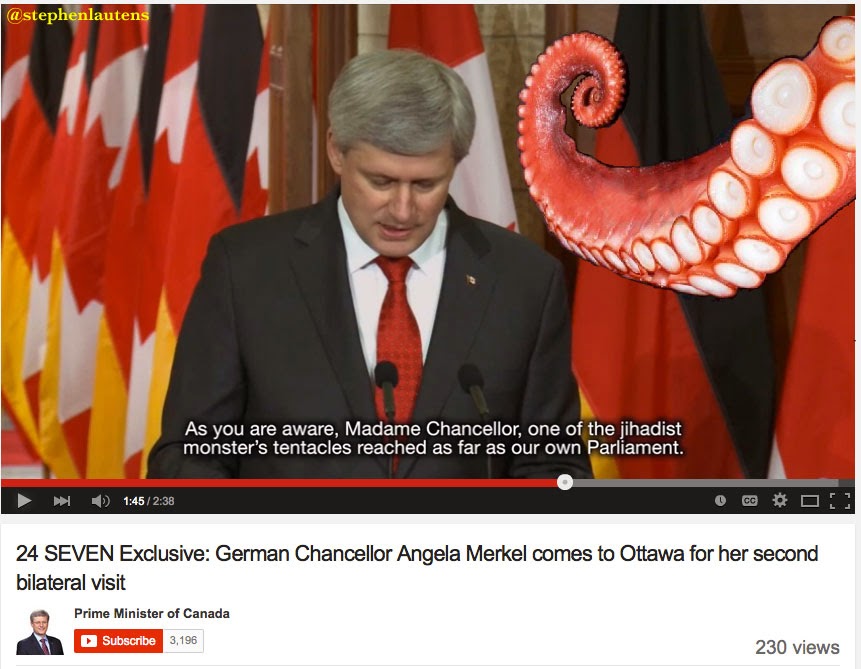 Posted by Stephen Lautens at 11:37 AM