"You're All A Bunch Of Cock-A-Roaches!"

All I know is that if you're going to deny allegations of a drug dealing past, maybe you should talk to a wardrobe consultant first... 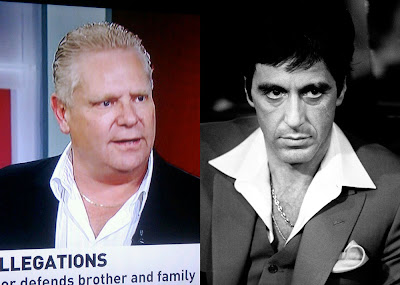